As summer ends and things cool down autumn leaves put on their perennial show, delighting photographers and nature lovers alike with an explosion of colour. While autumn leaves aren’t as common in Australia as in the northern hemisphere, they’re around if you know where to look. 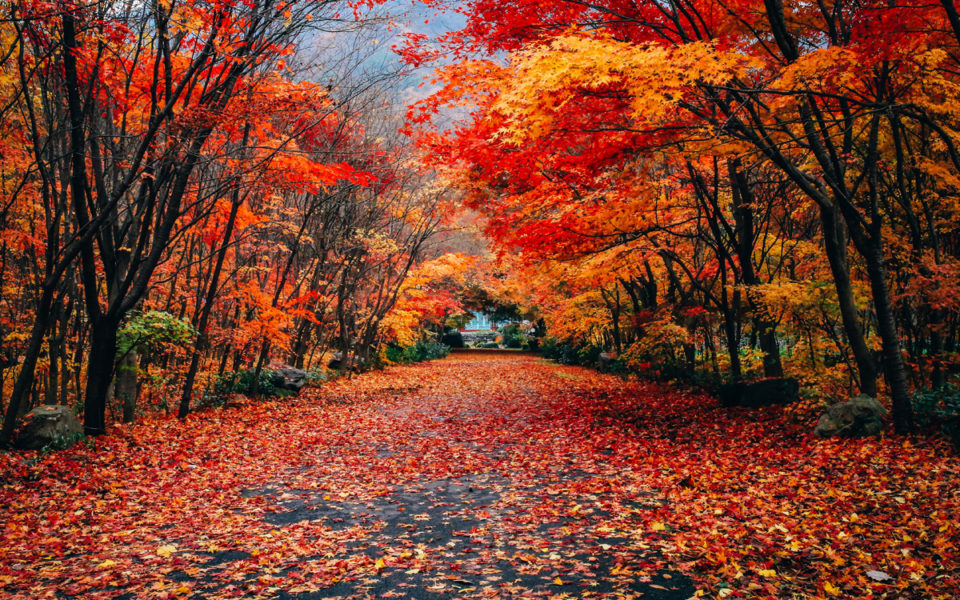 Here are the best places in Sydney (and its surrounds) to spot our favourite autumnal hues.

Who’d have thought Orange would be known for, well (you guessed it) orange scenery? Lauded as the ‘colour city’ thanks to its vivid sights and golden poplars (those tall, yellowy, leafy things), Orange is the place to be for streets of ash, oak and maple.

Just three hours from Sydney, those headed to Orange should visit a winery or two, sit back and watch the next best display of colour since Vivid Live. 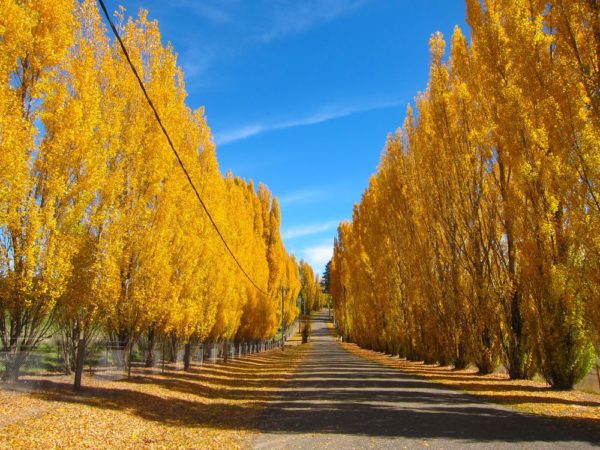 Established way back in 1816, these gardens host Australian natives and international staples like the English rose. Psst! If you’re looking for rare, endangered or unusual plants for your home, hit up the Growing Friend’s Nursery. 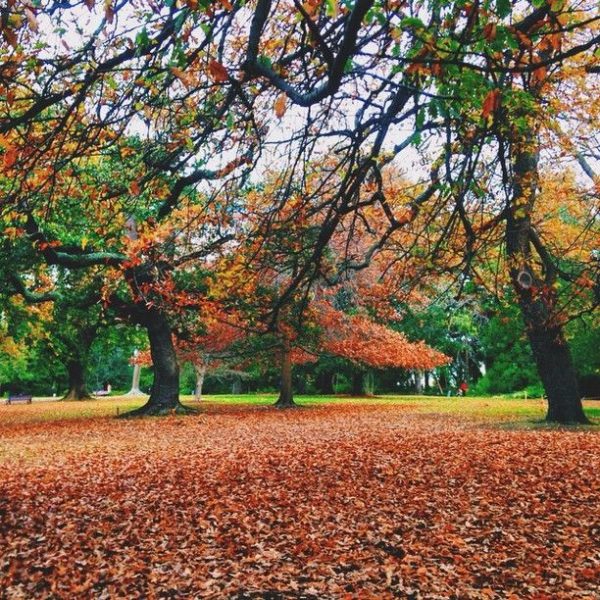 Officially known as ‘not as far away as you think’, the Blue Mountains are the pride and joy of deciduous hunters everywhere.

Did you know the Blue Mountains Botanic Garden in Mount Tomah is one of the best spots for autumn hues in the entire state? Well now you do! From Leura and Blackheath (who by the way, have some pretty sweet Growers Markets) to Wentworth Falls and Mt Wilson, the Blue Mountains has a spot for everyone and an autumn festival to top it all off. 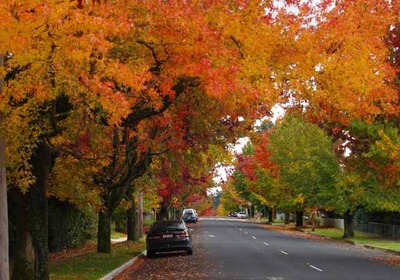 Inspired by English country garden estates, and a breezy two-and-a-half hour drive from Sydney, Mayfield’s 160 acres are for the garden aficionado with a weekend to spare.

After all, they have bridges, obelisk garden, ponds and an alley of London Plane trees. The full acreage is only open twice a year for the autumn and spring festivals but these events include live entertainment, catering, games and a shuttle service—‘cause our math isn’t great, but 160 acres feels like a lot—so you can’t be too mad ‘bout it. You’ll need about four hours to discover the full Private Garden (when open) and two hours for the 40-acres available off-peak. 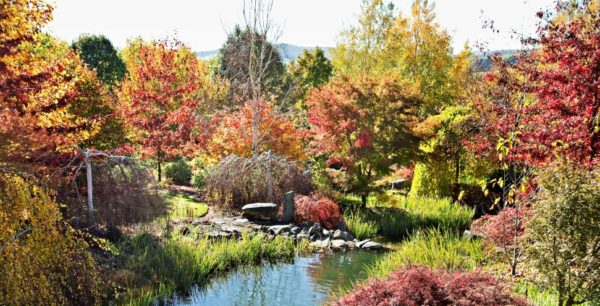 This one’s for the autumn leaf chaser with a friend who can’t keep still. The Cattai National Park has plenty of space for waterskiing, canoeing and bike riding

You and a friend can see all the autumnal beauty of the Hawkesbury River, or you know, a blur from a bike.

We recommend a camping weekend so you can wake up to one of the prettiest sights around. 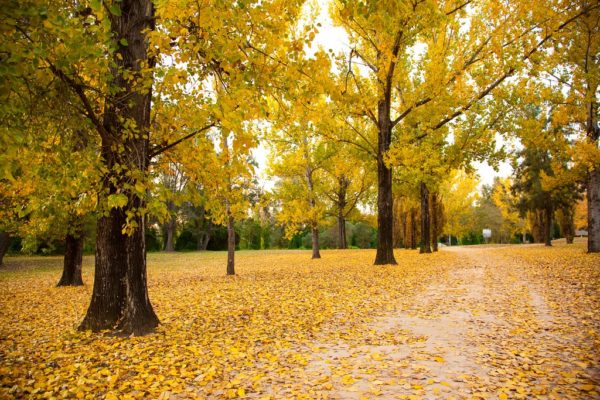 Known as ‘that park you drive by on the way to a concert’, Centennial Parklands, like the Royal Botanic Gardens before it, is underrated.

And not just because we spend a lot of time in traffic on it’s outskirts.

Hit up the duck pond for a brilliant display of reds and orange and keep an eye out for the purple bloom of a Lasiandra tree.

Hire a bike, or pedal car (if you don’t mind being slyly laughed at) and make the most of a day outdoors. 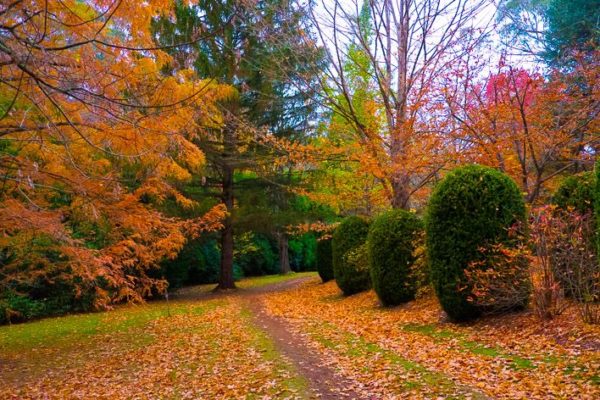 It’s a damn crime that more people don’t know about the Auburn Botanic Gardens; they’re 20 minutes from the CBD for crying out loud, not nearly enough time for an aux cord fight.

Hit up the Autumn Colours Festival on May 28 for stalls, activities for kids/kid-aults, and of course, food. All 9.2 hectares of the Auburn Botanic Gardens are open daily. Adults: $4-$5, children and Auburn residents, free. 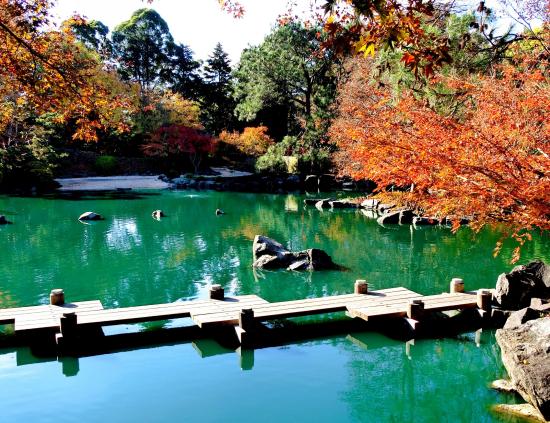 If ever there were a district with clear-cut seasons, it would be Bathurst (and maybe that one Sims expansion pack).

Autumn in Bathurst is no less distinct, with vibrant colours crowning the town streets each day.

Understanding a good thing when they see it, Bathurst’s Autumn Colours program runs from March to May and includes a number of events including heritage tours and Gold Crown Carnival. 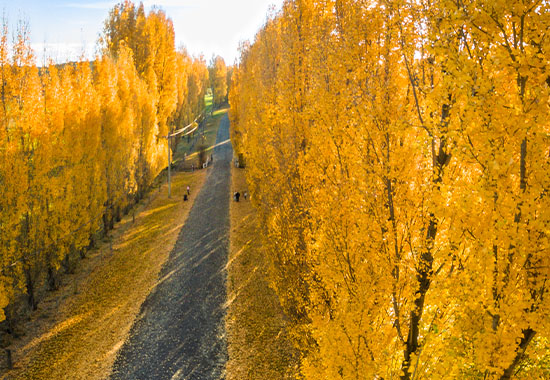